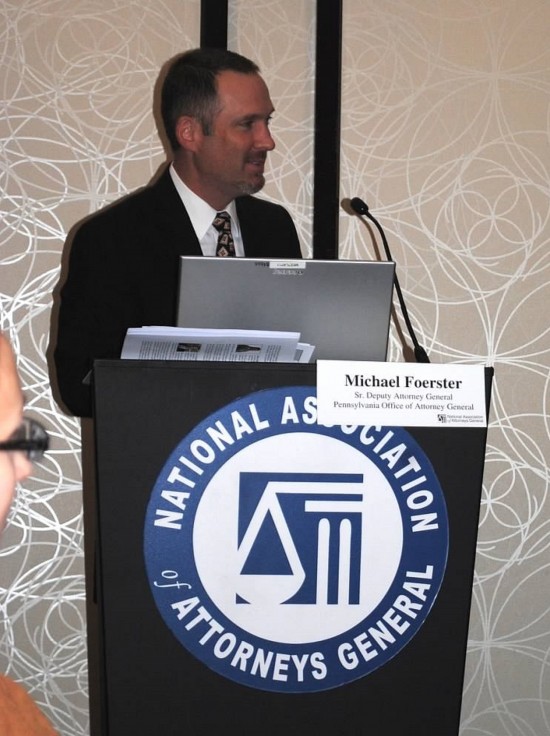 “Donor Intent, the Role of the Attorney General, and Tales from the Counties”

Join us to learn more about:

Bring a guest and be entered to win our free meeting drawing. GUESTS will be entered in a drawing for a FREE EPC MEMBERSHIP for 2016-17 & guests attend at the member rate!
Tuesday, September 27, 2016
Luncheon:  11:30 AM
West Shore Country Club
100 Brentwater Rd., Camp Hill, PA

Michael T. Foerster is a Senior Deputy Attorney General for the Commonwealth of Pennsylvania.  Specifically, works in the Office of Attorney General, Charitable Trusts & Organizations Section.  There he practices in three areas: trusts & estates fiduciary litigation; corporate governance including fundamental change review of hospital and health system transactions (i.e. hospital sales and mergers); and, regulation of charitable fundraising, solicitations, and telemarketing.  He is an experienced litigator and has focused exclusively on fiduciary litigation in Pennsylvania’s equity court division since starting with the Office in 1999.  He has obtained remedies including surcharge, removal of fiduciaries (executors, trustees, and corporate directors), and cy pres distribution and has numerous reported opinions in Pennsylvania’s Fiduciary Reporter.  Mike graduated from the Dickinson School of Law which merged into Penn State University shortly after his graduation.  He also graduated with a Bachelor of Arts from Penn State. In his personal life, Mike is father to 3 teenagers and was an elected member of the Camp Hill School District Board of School Directors.